It is a work of art that is made up of two technologies: “tanning technology” that brings out the appeal of natural leather and “severe coating technology that makes full use of the beauty of the leather.”

Himeji Black Leather is a fusion of the traditional Japanese technique of “tanning” and “lacquering” using Japanese black beef.
The black leather strap, which is synonymous with “black leather diamond”, is as beautiful as a large number of small diamond particles.
It is also highly resistant to friction and is now used for armor tools such as kendo chest and chest, and during the Warring States period, it is said to have been used for general-class armor.

SAKAMOTO CORPORATION carries out the entire production process spanning from tanning to processing.
All fur is removed from rawhide of Kuroge Wagyu, which is then tanned to a white color and soaked in plant tannins. We have used this tanning technique for nearly 10 years.
Next, the leather is soaked in liquid iron.
The liquid itself is not black, but the tannins and iron have a chemical reaction that dyes the light-brown leather to a black shade. 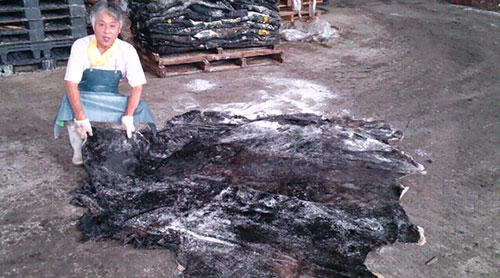 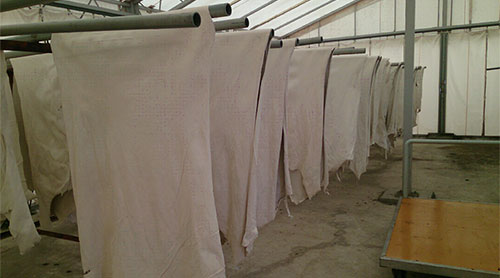 The texture of Kurozan leather includes embossed, hand-rubbed and KIWAMI types. Lacquer is repeatedly applied to the bumpy texture by hand and then dried.
These multiple layers of lacquer create a sense of luster and volume, and also enhance the glossiness of the black color. Only a small amount of rare Kurozan leather can be completed via labor of this sort.
Even a dedicated craftsman can only make around 20 pieces per month. 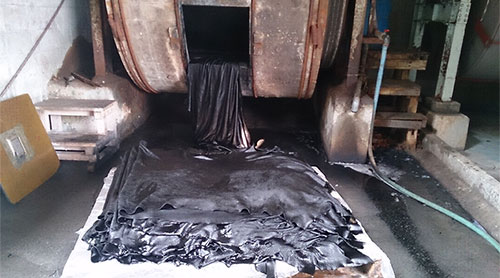 Himeji kurozan leather “KIWAMI” won the first Japanese best new leather section grand prix at the 2014 Hong Kong APLF Awards MM & T exhibition (material exhibition).
It is an unprecedented fashionable Japan leather that was created using the dryness characteristic of lacquer, and by maximizing the tanning and painting techniques to bring out the maximum appeal.
It was highly evaluated by the jury, saying, “Traditional leather since Samurai has been upgraded to the realm of modern fashion such as bags and shoes.” 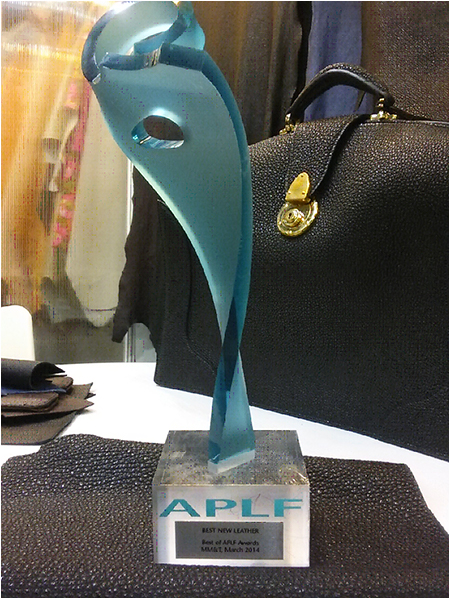 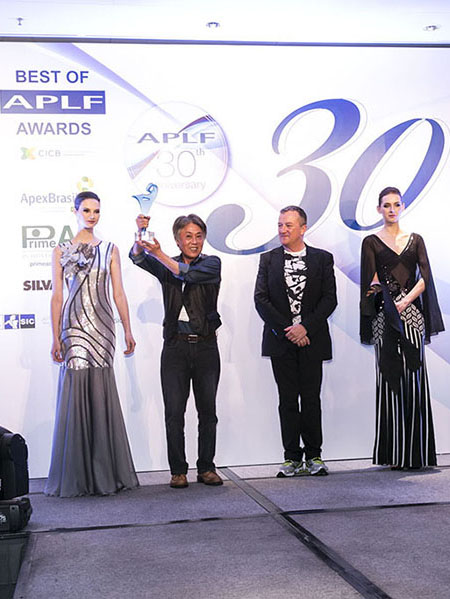 The following is a press release by Mr. Hideaki Kawachi, Director of International Economics Division, International Bureau, Department of Industry and Labor, held on April 7, 2014.

At the “Leather Material and Manufacturing Technology Exhibition 2014” held at the Hong Kong Convention and Exhibition Center from March 31 to April 2, 2014, “Sakamoto corporation” in Himeji City supported by the Hyogo Prefecture Hong Kong Economic Exchange Office Has won the “Best New Leather Grand Prix” in the exhibitor contest, so we would like to give you an overview.
Mr. Hiroshi Sakamoto, the representative of Sakamoto corporation, commented on this award, “I can not bear the excitement because the technique inherited from my father and the traditional techniques of Hyogo and Himeji are recognized as the world top”. .

Mr. Hiroshi Sakamoto, the representative of Sakamoto corporation, is the third craftsman who inherited the technique of making Himeji kurozan leather that has been used as a material for armor and kendo armor chest since the previous generation, and is now the only one who makes leather. ing. It has won numerous awards in Japan as well, including the Governor of Hyogo Award and the Director of the Manufacturing Industry Bureau of the Ministry of Economy, Trade and Industry, and has aimed to make the technology recognized worldwide. 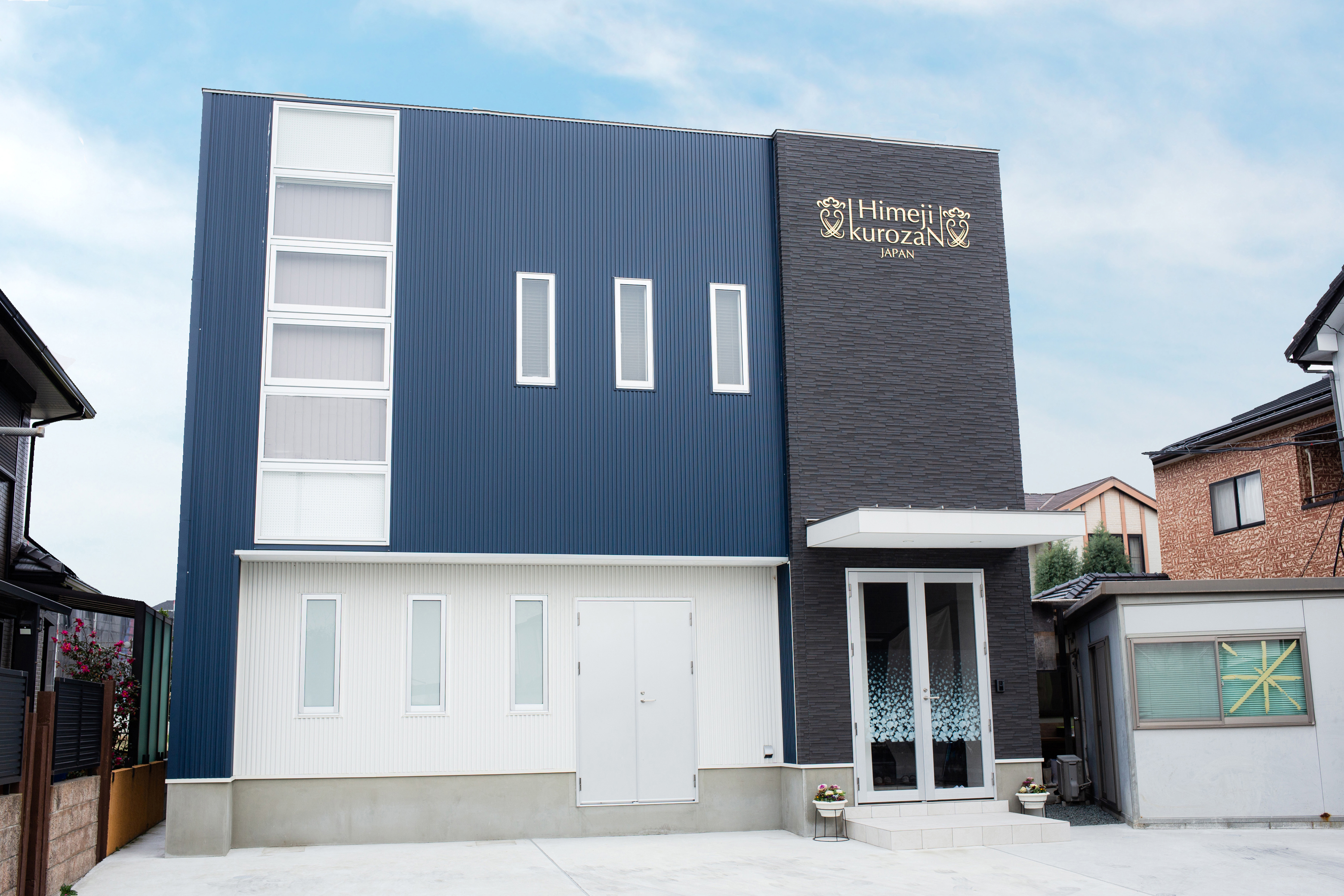 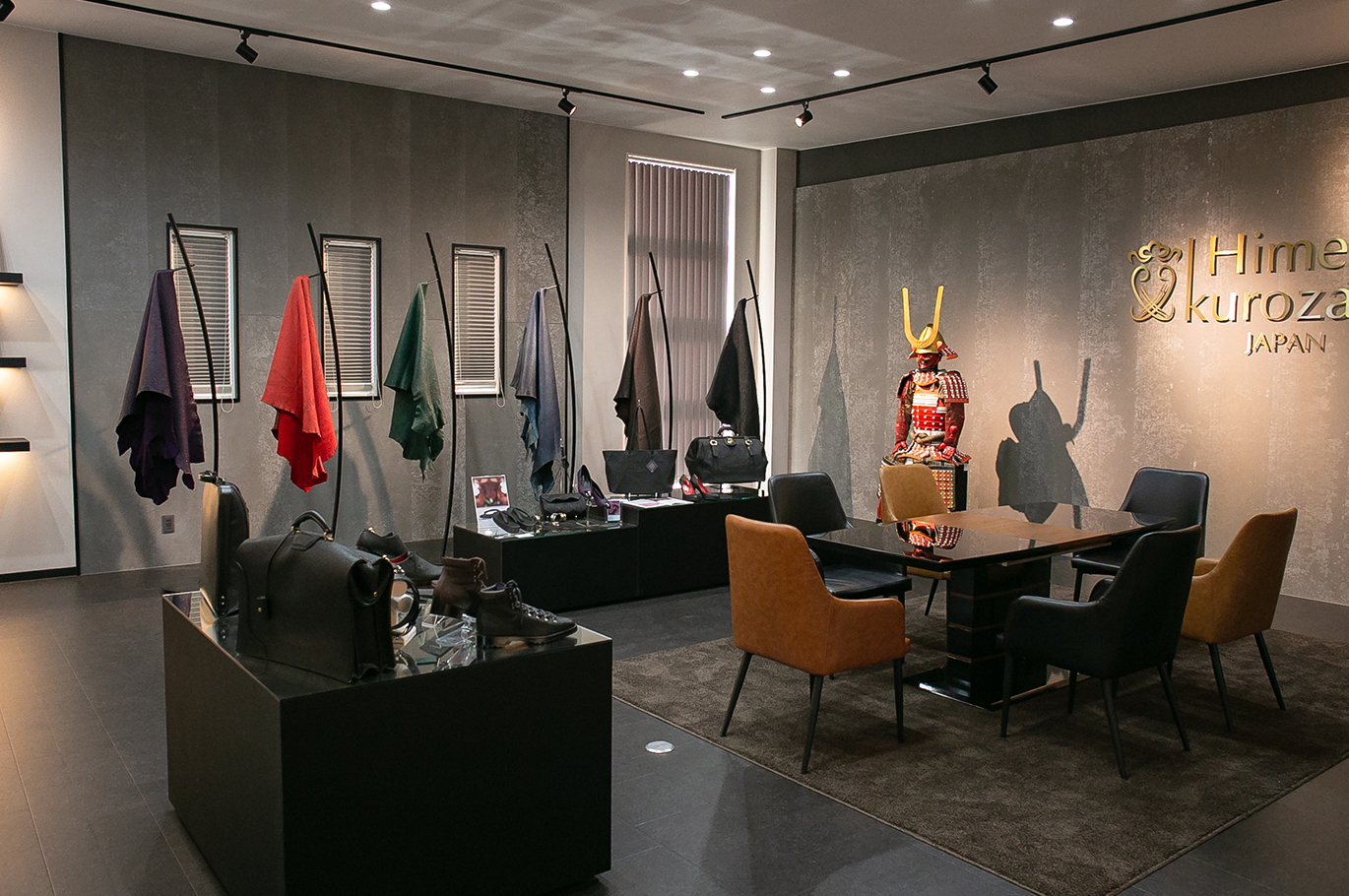